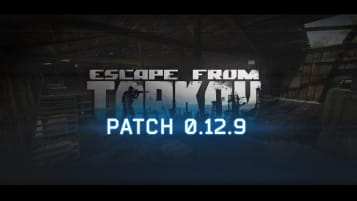 Battlestate Games has announced Escape from Tarkov update 0.12.9 will be releasing tomorrow, Dec. 24. This update will also include a server wipe for the early-access game, meaning players will need to restart their adventure. The update is expected to take around four hours to install, during which time Escape From Tarkov will be offline.